Why is that whenever I bundle up with a bazillion layers of clothes I all of the sudden have to go to the bathroom??!! It never fails! I’m geared up ready to go, walk towards the door to leave, and BOOM…gotta turn back around, delayer and go to the bathroom. My body probably thinks it’s hysterical to do that to me, but I’m not laughing. Oh well.

Today’s goal was to run 6 miles. I heard we were getting some kind of weather, but I wasn’t expecting to get what we got. Becky, Kurt, and I headed out a little later than usual and set out for a cold run. 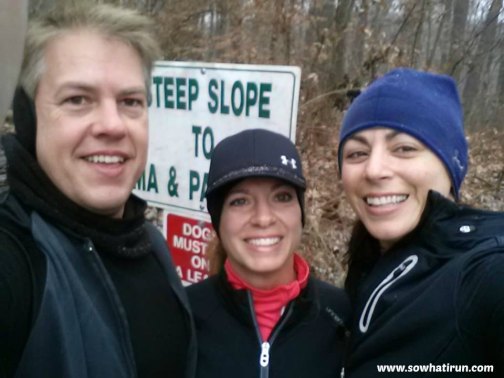 When we got to the Ma and Pa trail, it was started to flurry. Nice! I like running with snow as it makes for a beautiful scene.

Becky’s knee started to bother her so at mile 3, we decided to walk back. She really wanted to run, but Kurt and I forced the walk. She’s already had 2 knee surgeries, the ground was a little slippery, and there was no reason to continue to run and aggravate her knee further. It’s so funny, she kept apologizing for her knee and I had to tell her that it’s just part of the run. All runners go through some sort of ache or pain and at some point, they need to stop their run so that they don’t make it worse. The biggest mistake a runner can make is to continue on and push through the pain when there’s a possibility that there is an injury. Now, most of us know the difference between the pain of the run and pain from injury, so if you are new to running, err on the side of caution until you learn to figure out what your body is telling you.

Anyway, we walked back the last three miles and made the best of it. The snow was REALLY coming down! I was not expecting it AT ALL! None of us where.

Quick snapshot of the the snow bunnies.

You can see the accumulation from the first picture to this picture.

Yes, I smile when I run in the snow. 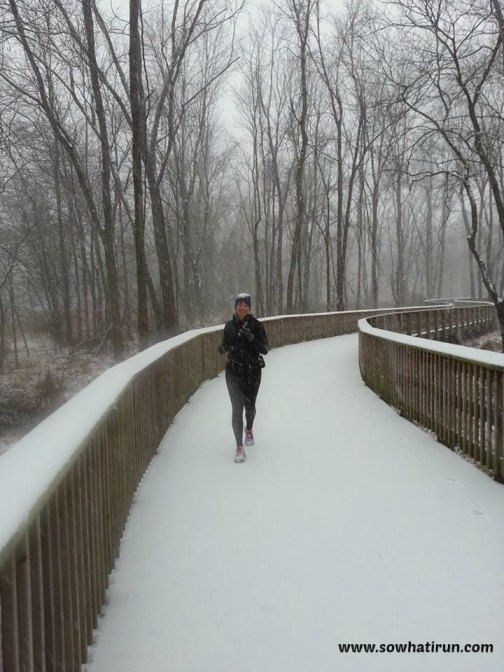 Mother Nature is such a beautiful creature.

And then it snowed some more.

By the time we got to our cars there was over 3+ inches of snow! The ride home SUCKED! Traffic was horrible and the streets were not clear. While I noticed that they treated the streets yesterday for ice, I don’t think they were prepared to get the quick accumulation this morning.

Becky took this picture of the ride home. Yes, there is a road there. 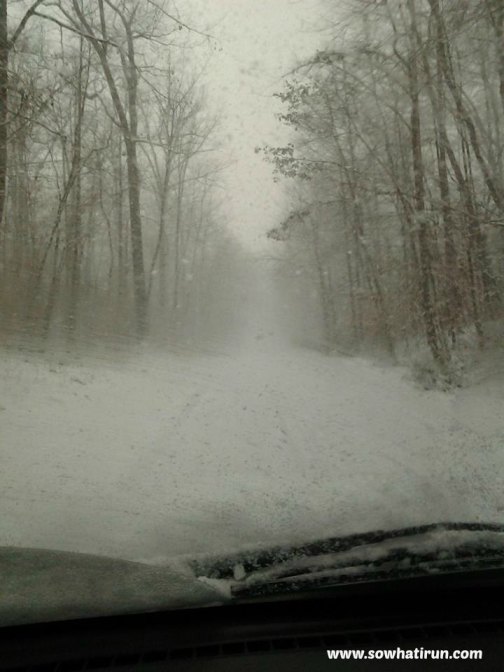 Despite the treacherous ride home, it was still worth getting out there. Good friends, a little bit of running, and a whole lot of snow = a great time!