January has come to a close and it’s been a little bit of a whirlwind with getting my running schedule set for 2015. I once again joined the Charm City Run Ultramarthon training group and I’ve made a couple new crazy running friends. The training runs with the group have been pretty awesome and I’m loving every moment being with them. They’re definitely my kind of crazy.

A couple of weeks ago we had a training run at the Susquehanna and had quite a few falls because of the ice, including yours truly. Thank goodness no one was seriously injured. And during times like these, I’m glad I have a little more padding in the back end than most. The best part about the ice…not having to go through the water.

I’ve also been taking Zoey out for the shorter runs. I’m finally getting used to having a dog in the house and she’s been great company on the trails. She’s able to run up to two hours now and I know that she’s ready to go a little longer. Depending on the weather we get this weekend, I might take her to about 2.5 hours. 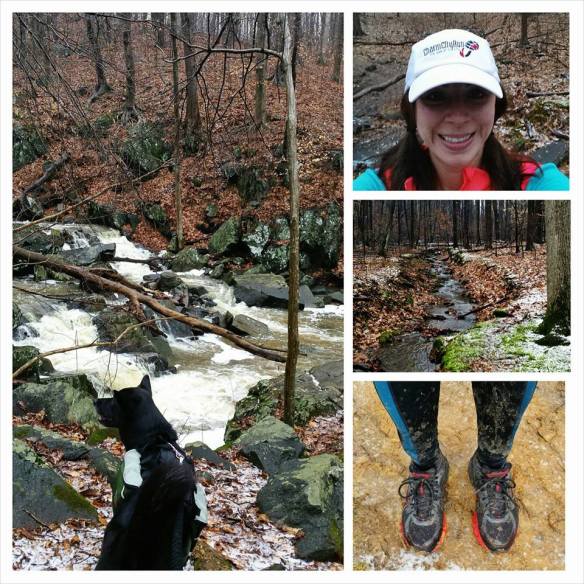 Last Sunday was especially fun with the group. We headed out to Loch Raven for a flatter trail for about 12 miles and had to deal with mud (or shit mud as we called it) during the second half of our run. Ya’ll know how I feel about mud, but all in all, it was a blast. No major falls…always a bonus on the trails…and no twisted ankles. We even stopped for a moment to play Tarzan on some of the vines on the trees. 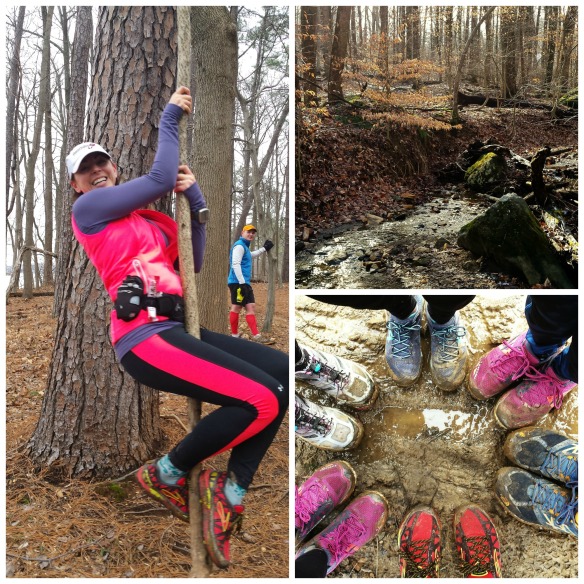 The only bad thing about last week was this horrible chaffing that I got in the derriere. WTH? I have never had chaffing like that before and I didn’t do anything different. I just don’t get it. I was cringing at the thought of getting in the shower and when I finally got the nerve to do it, it was as hellish as you could imagine. Totally took my breath away…and not in a good way.

That’s right…a 100-miler people! We are going all the way this year. I’m sure I’ll be adding a few more races as soon as I can, but I’m currently getting a lot of flack from my husband about what’s on tap now. Also, my friend Tom has secured a spot in the Leadville 100 (so jealous) and I have the opportunity to pace for him there! I think I might be just as excited about that as I am about my 100 Miler.

On another note, I’ve been trying to get the root of all of my bronchitis and asthma issues. Turns out that I have allergies…tons of them. Grasses, trees, cats, dust, cockroaches and a few more that I can’t remember right now. That’s right…cockroaches. They test for that?? I had no idea! Anyway, my Asthma and Allergy Specialist is putting me on weekly shots for the next year and then we’ll go to monthly shots for another year. After that, I should be good to go! Why didn’t they figure this out two years ago?!

OH! I did not forget about my Taiwan Marathon review!!! Just need to put pen to paper….or fingers to keyboard. I will get to it…really…I will.

With all that I have lined up so far, I’m sure I’ll have some amazing stories to tell. Tell me, what’s on your 2015 running schedule this year?