On Saturday, when I realized as I was driving to meet my friends to carpool to our 22 mile run that I still had my slippers on, I knew it was going to be one of those days. I made a quick call and sent a messages to my crew that I had to turn around. We had planned on meeting at 6:45 am, but they were kind enough to wait for me and I’m glad they did.

I woke up feeling great. I got enough sleep…although wearing my slippers out the door has me questioning that…and my mental game was on. As we started running, I quickly settled in the middle. Once again, I tried my best to keep up with the fast kids, but I just couldn’t keep up.

Hill after hill, they scooted further and further away. The harder I pushed, the faster they ran. It’s as if I was the kid with cooties in school and all the cool kids were like…ewww…get away! Honestly, I was crushed that I couldn’t keep up. 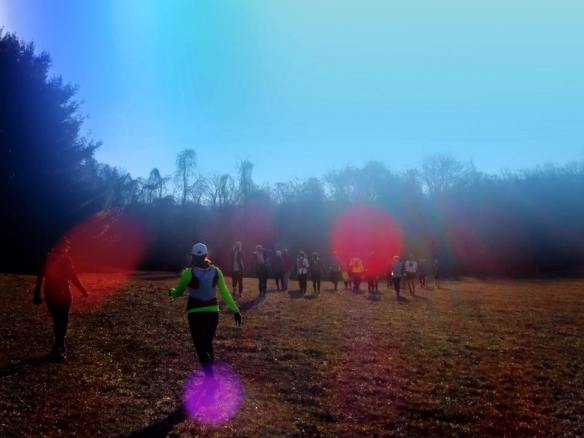 I didn’t struggle with this run really. I ran as hard as I could and gave my best effort, but it wasn’t good enough. I climbed the hills as hard as I could, ran the flats as fast as I could, tried to keep up with my nutrition, but it just wasn’t good enough. You see, if I had this run this time last year, I would’ve been ecstatic. Last year I finished the HAT 50k in 7:04:52, which put me at a 13:41 pace. Today’s pace was a 14:41. A year later, and I’m running slower than I was last year. I’m no better than I was, and I should be.

I’m not there…not even close.

As the miles went on, I beat myself up over and over again, almost to the point of tears. I train my ass off, make sacrifices, and fight for every step out there. Why am I not good at this? Why am I not getting better?! Why do I set such lofty goals when I know there’s no way in hell I’m going to get it?

I was crushed. My friends knew it. They saw it in my face. You can smile all you want, but when you run this many miles with people, they know more about you and can read you better than pretty much anyone else.

It’s been a few days since that run and I’ve finally settled my brain thanks to the support of my friends. I reflected on the North Face 50-miler that I ran last year. I went out too fast and hit the wall at mile 13. I didn’t stay on top of my nutrition and my pacing was all over the place. I wanted to quit time after time, but I kept on going. I PR’d by over an hour at that race. If I gave into the demons that plagued my body that day, I wouldn’t have gotten that PR. I’ll never be the best, but I’ll always keep trying. What sets me from some is the power from within. My legs might not go, but my heart and my head keep me going. It’s what always keeps me going.

I’ve got three weeks until race day. There’s nothing more that I can do now to get faster….it’s taper time. All I can do is be on point with nutrition, rest, and nail the little bit of mileage I have left on my schedule. I will need to get my head in the game and let my inner strength, my grit, my determination, my stubbornness get me through. I’m still going to run hard and shoot for that PR. I have no choice but to. I’m not good enough now, but I will be some day. I just need to train harder, be more disciplined, and focus, focus, focus…

But most of all…

I need to believe in myself. Because really…I might not be good enough now, but I sure am badass. And someday…maybe…just maybe…I will be great. 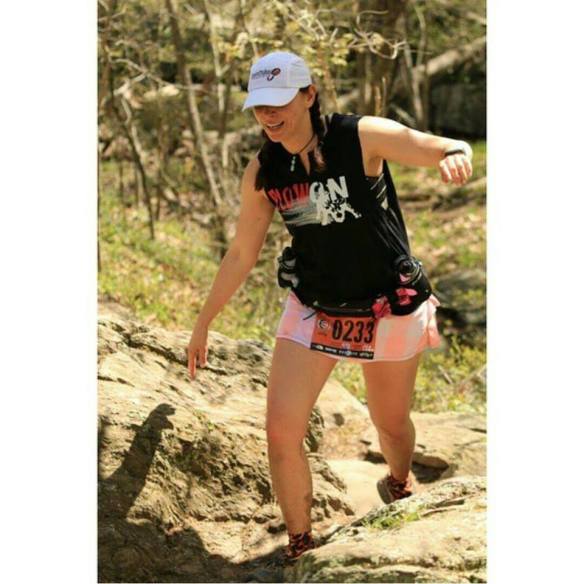 3 thoughts on “When Your Best Isn’t Good Enough”