Winter makes me lazy and winter weather sometimes puts a wrench in training. This past weekend we were scheduled for a 3.5 hour run out on the trails. Mother Nature decided to dump enough snow to take the trail running out on the roads. So, we schlepped up and down Loch Raven until it started to snow again. Kendra and I decided to cut the run short at 13.65 miles when we noticed the roads starting to feel a little slick. Ok, so I know I’ve got a few New Englanders reading my posts and they would scoff at the “dusting” that we got, but where I am you might as well call a dusting a blizzard. The drivers here are pretty much idiots and it’s every man for themselves. Anyway…it snowed, road felt slick, we stopped.

Just before the snow… 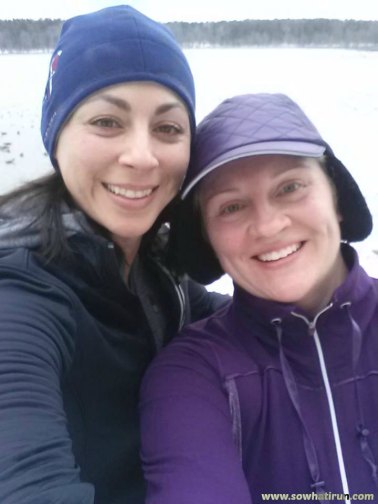 Frankly, I don’t know if I could’ve eeked out another 3 or 4 miles. It had been a long time since I ran that long out on the road and my legs were feeling it. Even my knees were sore later in the day which only happens after I run a marathon.

During our run Kendra and I had debated on which was worse, running in 90 degree hot and humid temperatures or running in subzero temperatures in the freezing cold snow. We came to the conclusion that I’m a summer runner and Kendra is a winter runner. When I posed the question on Facebook, I was surprised that more people preferred winter running. Below is a list of what Kendra and I came up with during our run.

Okay, so the list might have a sprinkling of Kendra’s thoughts and a whole lot of mine. It is, after all, my blog. Seriously, I love the occasional snow run. It’s beautiful and it’s fun. But this cold and this stupid thing called the Polar Vortex is ridiculous. And why after 40 years am I just now hearing about the Polar Vortex? Is this a new thing? 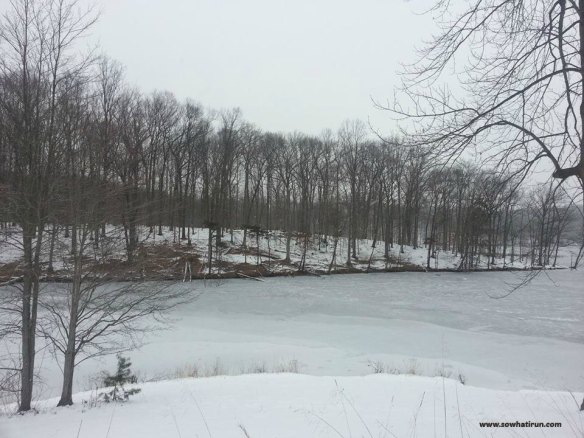 Are you a winter runner or a summer runner?